Free shipping (International Shipping GLS) on orders of €100.00 and more. 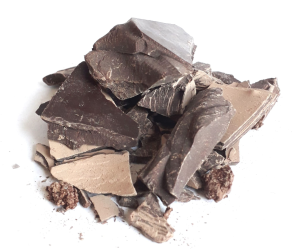 Bag with a content of 60 grams of a great resin to choose from.

Our product is 100% natural and comes from the Amazon rainforest.
The whole was hand-picked by tribe members.
It does not contain artificial additives and aromas.

Myrrh in antiquity was widely used in magic, medicine, religious ceremonies and for causing emotional and mental bliss. The Egyptian term myrrh means "drive out instability, madness." As long as there was an Egyptian empire, myrrh was the most precious thing a man could have.

This resin reduces blood sugar and so-called bad cholesterol. It is used in cosmetics, including in many-body oils. It has very good antifungal, disinfectant and antibacterial properties. Accelerates wound healing, regenerates. It has anti-inflammatory and analgesic properties. He stops bleeding, heals hemorrhoids, inhibits the secretion of sweat. It is a component of toothpaste - it works perfectly with bleeding gums.

Myrrh oil is often used in diseases of the airways, inflammation of the genital tract, in states of fatigue, stress and depression. Has confirmed anti-cancer activity.

Studies have shown that Mirra contains sesquiterpenes that increase brain oxygenation by up to 28 percent. It has a beneficial effect on the hormonal balance, emotional states and learning processes. It increases the body's immunity, has anti-cancer properties.

Incense regulates the action of the thyroid gland, it acts as an antidepressant. It reduces wrinkles, helps with skin problems. It has a strong anti-inflammatory effect, helps in the treatment of autoimmune diseases.